Founded at the end of the nineties, NeuroTECH was co-founded by Mr. Troosters and three members of UCLouvain (Professor C. Trullemans, Professor Cl. Veraart and Doctor J. Delbeke).

During the first years and in the context of European funding, the spin-off from two UCLouvain laboratories (neuronal rehabilitation engineering and microelectronics) contributed to the development of a visual prosthesis. This led to a world first in 1998: the implantation of an optic nerve prosthesis at the Cliniques Universitaires Saint-Luc in Brussels.

In 2002, the company identified a new application for the treatment of refractory epilepsy. A new implantable vagus nerve stimulation system has thus been developed. The CE-marked DNAS-300 is able to not only stimulate but also record the compound action potential (CAP) on the vagus nerve, so that this information can be used to personalize treatment and thus provide a better result. The repeated recording of the compound action potential of the vagus nerve was another world first for Neurotech. It was carried out in collaboration with the epileptology department of Professor P. Boon of the University of Ghent. Other prototypes have been developed by Neurotech to evaluate the use of neurostimulation to treat refractory obstructive sleep apnea as well as movement disorders. 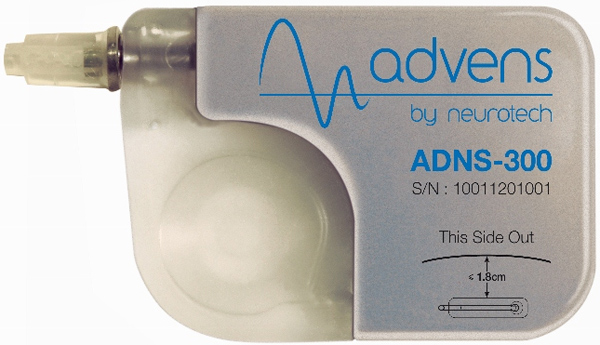