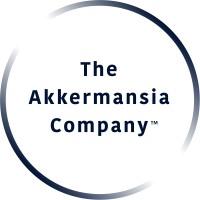 A major turning point for people at risk of cardiovascular disease, obesity and diabetes.

People with cardiovascular risks, obesity or at risk of developing type 2 diabetes have been waiting for this information for months: the marketing of a food supplement based on Akkermansia muciniphila developed by the co-spin-off neo-Luvanist A-Mansia recently renamed “The Akkermansia Company™”.

It took 17 years of research coupled with marketing authorization by the European authorities to finally see the arrival of a food supplement based on pasteurized Akkermansia muciniphila. The launch of the first product is a major step forward.

Indeed, the global prevalence of obesity has almost tripled between 1975 and 2020. Overweight affects 1.4 billion people aged 20 and over worldwide and by 2030, it is expected to affect 3.3 billion people. The numbers for type 2 diabetes are also steadily rising.

“As CEO of The Akkermansia Company™, I am pleased to announce today that we have entered into an important partnership agreement with Metagenics for the distribution of our first product in the BeNeLux. As the preferred partner of doctors and pharmacists, a collaboration with Metagenics was therefore the most obvious choice,” announces Michael Oredsson. The product will be available in pharmacies, parapharmacies and e-pharmacies from September 5. Pharmacies will be able to express their interest tomorrow!

“We are very proud to be able to be the first company to have signed a partnership agreement with The Akkermansia Company™. We plan to invest in setting up and managing clinical investigations in close collaboration with prescribers. Products formulated with Akkermansia muciniphila pave the way for a new generation of dietary supplements" says Stijn Oste, CEO of Metagenics Europe.

As a reminder, the bacterium was discovered, isolated from the human intestinal microbiota and characterized for the first time in 2004, in the laboratory of Prof. Willem M. de Vos (Wageningen University, The Netherlands), co-founder of The Akkermansia Company™. Shortly after, the team of Prof. Patrice D. Cani (UCLouvain, Brussels, Belgium), the second co-founder of the company, discovered the beneficial effects of the bacteria. This restores the barrier function of the intestine, which leads to a reduction in inflammation and, ultimately, better control of fat storage, glucose metabolism and energy expenditure. Most strikingly, the pasteurization process increases the effectiveness of Akkermansia by making it stable with a long shelf life and allows for easy-to-administer dosage forms for consumers.

This collaboration has given rise to dozens of scientific articles and a study in humans demonstrating the ability of pasteurized Akkermansia muciniphila to limit the risks of deterioration in the state of health of subjects (prediabetes, cardiovascular risks), with a reduction in inflammatory markers in the liver, insulin resistance and hypercholesterolemia.

“This distribution agreement is the first of a long series. It will generate income that will be reinvested in R&D and job creation in Wallonia. To mark this major turning point within the company, we have decided to change our name: A-Mansia Biotech has become The Akkermansia Company™” declares Michael Oredsson, CEO of The Akkermansia Company™.

About Metagenics
Metagenics is the reference in Belgium in the field of micronutrition. The company, located in Ostend, has experienced spectacular growth in recent years and is number 1 on the Belgian market with a market share of more than 12%. Thanks to its solid scientific base, Metagenics is also the undisputed leader in the prescription market and the first choice of prescribers. Also in the probiotics market, Metagenics has been a pioneer and an absolute reference for more than 10 years. Metagenics Europe, a producer of high-quality micronutrients, is part of the globally active American group Metagenics Inc., which has its own branches in the United States, Australia, New Zealand, Belgium, the Netherlands , in Luxembourg, Italy, France, Canada and Japan, as well as distributors in dozens of other countries. From its headquarters in Ostend, Metagenics Europe serves and coordinates the entire European market. www.metagenics.be

A propos de The Akkermansia Company™
Founded in 2016, The Akkermansia Company™ SA (formerly A-Mansia Biotech) is a spin-off established in Belgium and specialized in microbiota. It works on the discoveries made by the founding scientists, Professor Willem M. de Vos, from Wageningen University, the Netherlands, and Professor Patrice D. Cani, from the University of Leuven.
(UCLouvain), in Belgium. R&D is carried out in collaboration with the laboratories of UCLouvain and Wageningen University. The Akkermansia Company™ develops health products based on the unique properties of the commensal bacterial species Akkermansia muciniphila. The company has secured €18 million in Series A funding led by Seventure Partners, in collaboration with Innovation Industries, Fonds Vives II (UCLouvain), SRIW as well as Mr. Pierre Drion and other private investors, and is supported by several grants from the Walloon Region. www.theakkermansiacompany.com