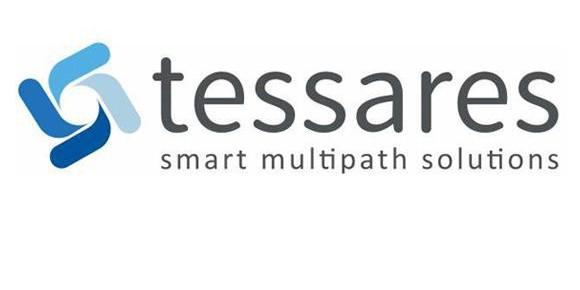 Tessares, a young company from Louvain-la-Neuve, has won an ultra-selective European subsidy of 1.2 million euros!

In Europe, more than 40% of homes in rural areas do not have a quality internet connection. Tessares has developed solutions to remedy this. This young company from Louvain-la-Neuve has won an ultra-selective European subsidy of 1.2 million euros! It is one of the first in Europe to enter the "equity" approach. In other words: not only the European Commission subsidizes it, but it will join the shareholding!

Internet connection is slow in some areas. It no longer meets current needs, amplified by the health crisis and the obligation for families to work, take distance education or have fun ... and all at the same time! And there is often little hope that optical fiber will be deployed there, at least in the short term ... Tessares' solution? Combine two existing accesses, that of the fixed telephone and that of the mobile network, in a single "big pipe". Since its creation in 2015 on the basis of research carried out at UCLouvain, Tessares has already convinced six European operators, starting with Proximus, to combine their fixed and mobile networks to increase speeds.

The company now wants to develop a second project: combining, at the level of smartphones, Wi-Fi and 4G / 5G networks. This would allow operators to reduce the load on their mobile networks, and offer a much better service to users: higher speed, higher reliability and smoother.

"It is for this project that we requested a European grant", explains Denis Périquet, Cofounder and CEO of Tessares. “For our company, this second 'product' is extremely strategic. The world of telecoms is very standardized and demanding. If we are to develop an end-to-end smartphone and network application, it requires huge investments in development and time. This subsidy is therefore crucial, it will allow us to make use reliable and operable. "

The “Holy Grail” for an SME!

When we ask him to tell us behind the scenes of the subsidy, Denis Périquet warns: “we have submitted our file four times! When we started in 2018 it was called Instrument PME, now the name has changed to EIC Accelerator. But never mind: we absolutely wanted it. It is prestigious, in addition it is a subsidy and not a loan, in short, it is the Holy Grail for any SME! ".

During the first attempt, in November 2018, the Tessares case was included in the short list of European SMEs invited to an interview before the jury appointed by the European Commission. The presentation format is strict: slides sent in advance, ten minutes of pitch, followed by 20 minutes of questions and answers to the jury made up of 6 international experts. “There were some questions that embarrassed us, and one of the experts did not believe our solution. In short, we were not selected. We were very disappointed, but our score was good and the advice received helped us better prepare for subsequent bids. "

A pitch repeated dozens of times

After two more unsuccessful attempts, the fourth attempt, in October 2019, will be the correct one. “We were able to do a full-scale 5G test in Korea in August. From then on, our innovative project had become super concrete. We have repeated the pitch dozens of times. During the interview, we made sure to answer each question in a straightforward but brief manner, which allowed each member of the jury to pose their questions. Our feeling was very good. "

Tessares received the positive notification in December 2019 and then entered the negotiation process for a large subsidy of 1.2 million euros. The agreement is signed in April 2020, and the project officially starts on May 1 for two years.

Fresh money to cross the famous "valley of death"

"It is a remarkable performance for a Walloon SME to succeed in obtaining this type of financing specially dedicated to the best European start-ups", points out Pierre Fiasse, co-director at NCP Wallonie. "It becomes the fifth Walloon company to obtain this financing."

But above all, Tessares is one of the first companies in Europe to enter into the new "equity" approach proposed by the Commission. In European jargon, we speak of "blended finance" because aid mixes grant and capital.

"In 2019, Europe has indeed developed a mechanism that allows it to enter the capital of SMEs to bring in new money," explains Pierre Fiasse. “This is a radical novelty designed to help high-potential companies navigate the infamous 'valley of death', that delicate period when young start-ups die for lack of access to finance. Tessares thus becomes the first Walloon entity to benefit from this capital contribution from the Commission. It is encouraging for the other Walloon entities to see that it is possible! "

For this new instrument, the European Commission has set up a specific financial fund. Tessares is one of the very first players to enter this process. “Our 'equity' case is being built and will be presented in the coming weeks. This is support that goes beyond a purely financial logic, and which gives us a lot of credibility, "says Denis Périquet.

[Article reproduced with the kind permission of NCP Wallonie]